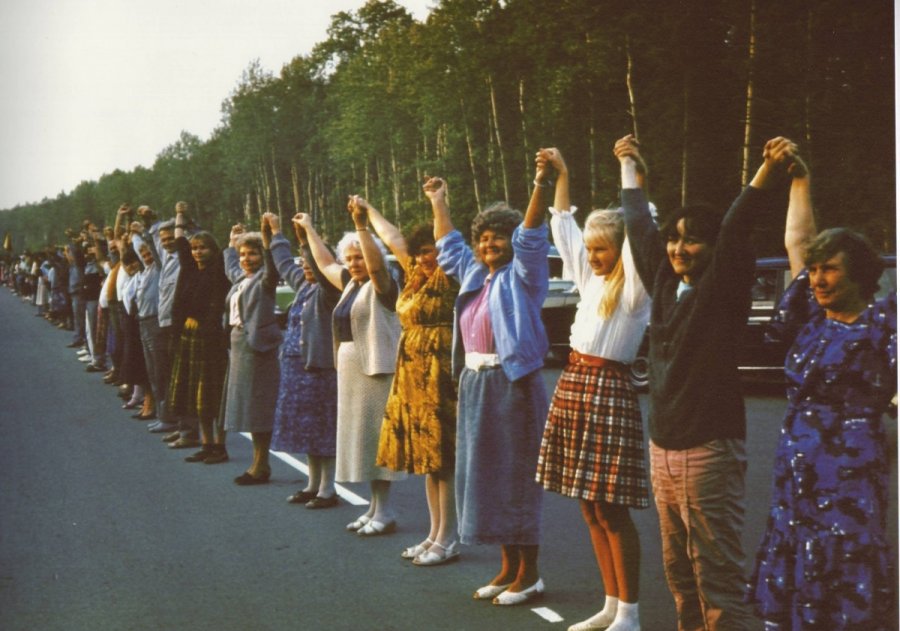 Today I want to talk about the “Baltic way” of the awakening story of a nation that has been under occupation almost 300 years. I was thinking ‘How small a country  here, I did not even hear the name ‘ before coming to Lithuania. But I actually learned what a magnificent history it has.

In fact they gained by digging his freedom with his fingernails. After so many years of captivity and pain, they have done this so beautifully and peaceful. They were protested for captivity afford death.

Now I will tell you briefly from the story of Lithuania’s entry into captivity, which is itself a small country but it has long story.

At the beginning of the 18th century, the Swedish and USSR (union of soviet socialist republics) forces tried to capture vilnius, and as a result, Lithuania joined USSR in 1795. The Russian occupation, which lasted for 120 years, was short-lived during the failed campaign of Napoleon to Moscow in 1812. Vilnius University, the home of opposition forces against USSR , was closed after the November 1831 revolt. Muravyov’s rebellious leaders, who were sent to establish the order from the Moscow He killed rebellion leader.Lithuanian was banned and the country was named as the North-West region. Russification policies continued but this pressure led to revival in Lithuanian culture.

The secret Molotov-Ribbentrop Pact (on August 23, 1939) between Stalin and Hitler, which allowed Europe to be divided between Hitler Germany and Soviet Russia, has also brought about the end of Lithuanian independence. Between 1941 and 1944, the Nazis and their Lithuanian collaborators killed 200,000 Lithuanian Jews. (This figure is the total Litvaks – Lithuanian Jews – 94%). Because of this, the Lithuanians are still being blamed and becoming the target of the Jewish troika. A nation that has been under occupation  almost 300 years , will be unfair to the Lithuanians who have been expelled to Siberia without losing their lives in the rebellion against to the Russians and Germans, to declare themselves as a genocide partner because of three-five self-knowledge.

The return of the Red Army , Lithuania’s participation in the USSR resulted in the exile policy to Siberia, which began before 1940, continued with 250 thousand Lithuanians . 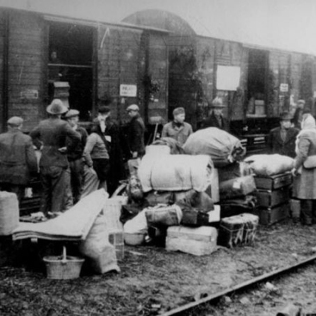 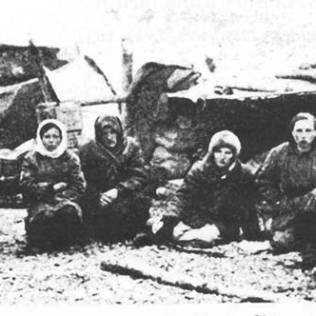 In contrast, the Lithuanian partisans (in the name of Lithuanian Miško Broliai ,Forest Brothers) continued the guerrilla war. The protests against the Russian occupation continued unceasingly. 19-year-old university student Romas Kalanta burned himself and lost his life.

On August 23 , 7 p.m 1989, over than 2 million Lithuanians, Latvians and Estonians created a 650 km chain of people from Tallinn to Vilnius which was called the Baltic way (Baltijos Kelias) to protest the 50th anniversary of the Molotov-Ribbentrop Pact.

This was the beginning of a non-irreversible national liberation movement for these three nations. The construction of this protest was planned only 11 days before, and about 2 million people (children, elderly, young) came to the point Where they will meet just 30 minutes before. Everyone’s hands met for just one thing “Freedom”. “It may be looking easy to us now, but Isn’t enchanting to be able to prepare such a big protest in secrecy without internet and social media in the conditions of that period?

And They gave last lessons ,a year later, on 13th of January the Soviet forces had an unsuccessful attack on the Parliament Building. Though the crowd gathered hand to hand in outside prevented the troops from entering the parliament and ensured the security of the troops, they couldn’t prevented 14 civilians death near to the Vilnius TV and Radio Tower. The walls made from human were used to protect the innocent freedom without any guns. They couldn’t pass the wall, cause it was made of hope, hope to be free, hope to live in the world of free will.

The Baltic way was the most impressive protest that I have ever heard. And with a great curiosity, when I spoke with a Lithuanian friend about this subject, He was so proud of the fact that his father went to defend his country’s freedom by not looking back.

I have a great respect for them as a child of a nation that has been fight for the win of freedom.